The GOOGLEFINANCE function is an amazing tool used to make Google Sheets stock formulas for people who need to work with real-time finance data. This single function gives you not only the current prices of stocks and conversion rates of currencies, but also historical data of these securities over days, weeks, months or years.

In this tutorial, we will show you how to use the GoogleFinance function to work with stocks as well as financial currency.

What Does the GOOGLEFINANCE Function do in Google Sheets?

The GOOGLEFINANCE function accepts a ticker symbol representing a particular security and returns the current or historical information relating to that security from Google Finance. You can use this function to fetch data about both stocks as well as currencies.

As such you can apply it to research investment opportunities, keep track of stock portfolio, convert between currencies, analyze and more. You can also use the fetched data to build visualizations, perform subsequent calculations and build dashboards.

A common use of this function is in computing the moving average for assets over a given time period. Similarly, you can use it to visualize trends in stock prices and make forecasts for the future in a Google finance spreadsheet.

Syntax for the GOOGLEFINANCE Function

The syntax to build a GOOGLEFINANCE formula goes as follows:

How to Use the GOOGLEFINANCE Function

Now that we have explained the basic syntax of the GOOGLEFINANCE function, let us see how we can apply the function in different scenarios

Using the GOOGLEFINANCE Function to Work on Current Stocks Data

To use the GOOGLEFINANCE function. You just have to:

For example, let us apply the GOOGLEFINANCE functions to fetch the current price of a stock, say the Google stocks (from the NASDAQ exchange). The formula, in this case, will be:

Notice that the above formula has only the required parameter. We did not specify any of the optional parameters. This means the attribute parameter will have the default value of “price” and since all other parameters like start_date, end_date and interval are absent, the function understands that we only want the current price of the stock (no historical data).

Here’s the result we get:

Now let’s say you want to see other attributes relating to the stock, like the price, volume, highest and lowest rates for the current day. Then you have to mention the attribute you want in the second parameter, as shown in the screenshot below:

Here’s how we got the results for Price:

Since we used absolute references for the ticker argument ($ symbols to indicate that reference doesn’t change when copying the formula), we can click and drag down the rest of the columns to make Google finance formulas with the fill handle.

In column D of the above screenshot, you can see some of the different attributes that can be used to fetch stock data for the current day used as cell references in the formula. But, you could also use the operator in the formula instead.

If you want historical data relating to a stock, you will need to mention the third and fourth parameters in the GOOGLEFINANCE function. Say you want the closing prices of 10 days starting from February 27, 2021. Your formula would then be:

When you press the return key, your result would look something like this: 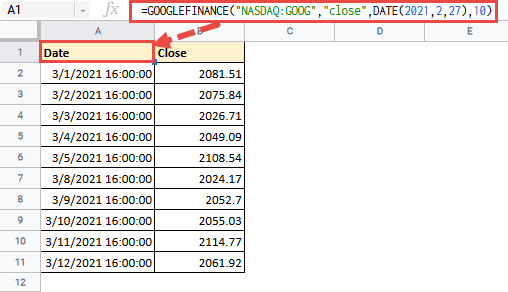 Let’s use a more general-purpose version of the formula, so that you can customize it to your requirements:

Notice that we specified the attribute parameter as “all”, so the GOOGLEFINANCE function shows all 5 historical data attributes:

Moreover, since we specified the interval parameter as “daily”, the function returned daily data for 10 days starting from the given date (Feb 27, 2021), which makes 10 rows of data.

If instead of daily, you wanted to display the data in weekly intervals, you would get 2 rows of data, as shown below, since there are just 2 financial weeks in 10 days:

Using the GOOGLEFINANCE Function to Work with Currencies

The GOOGLEFINANCE function also lets you get current and historical conversion rates between a number of global currencies.

To get the conversion rate between two currencies, you need to specify this in the first parameter of the function as follows:

To convert USD to GBP, your ticker symbol would be “Currency:USDGBP”. Note that the original currency should always come before the target currency.

The formula to get exchange rates to convert USD to GBP would then be:

If you want to use a more general-purpose version of the formula, you can customize it to your requirements as follows:

Now you have a formula that can fetch the conversion rate of any currency to any other currency.

Here, cell B5 contains the formula:

You can replace the symbols in cells B2 and B3 with your required currency symbols.

The GOOGLEFINANCE function can also help get historical exchange rates between two currencies over a period of time.  This can give us information on how currencies have behaved in the past.

To get historical data about currency conversion rates, you will need to specify the second, third and fourth parameters too.

For example if you want to see historical exchange rates of converting US to GBP in the last 10 days, your formula would look like this:

You can also generalize the formula as shown below:

You should now see two new columns returned by the function – dates and closing exchange rate for each day.

You could similarly see the data in weekly intervals, simply by adding the fifth parameter “weekly”:

Note: Currencies don’t have trading windows, so you will not get any data returned attributes open, low, high, and volume.

The GOOGLEFINANCE function might sometimes not work and you might find it return an #N/A error. There is not much that you can do about this, as it is one of the limitations of the function.

In fact, this function is not meant for professional use. It is mainly targeted at casual Google Sheets users who want to simply track their portfolio stocks, do some simple market analysis, or convert between currencies.

In case you need market data for professional use (for example, if you are a financial industry professional or work for a government entity), you might need to purchase additional licensing from a third-party data provider.

How Often Does the GOOGLEFINANCE Function Update in Google Sheets?

Is the GOOGLEFINANCE Function Worth It?

It’s free tracking of your stock portfolio. Something that many people pay thousands of dollars a year for. While it may seem intimidating to use at first, once you know it, it’s a powerful tool.

Does GOOGLEFINANCE Have Crypto?

Yes you can pull data from the crypto market into Google Sheets with the GOOGLEFINANCE function. You just have to use the crpto pair name as the ticker argument. For example, for Bitcoin and USD you could use the following formula:

In this tutorial, we showed you some examples of how to fetch current and historical market data using the GOOGLEFINANCE function. You can use the examples we used to build your own automated Google Finance Sheet. We tried to make this tutorial as detailed and clear as we could. We hope you find it useful. 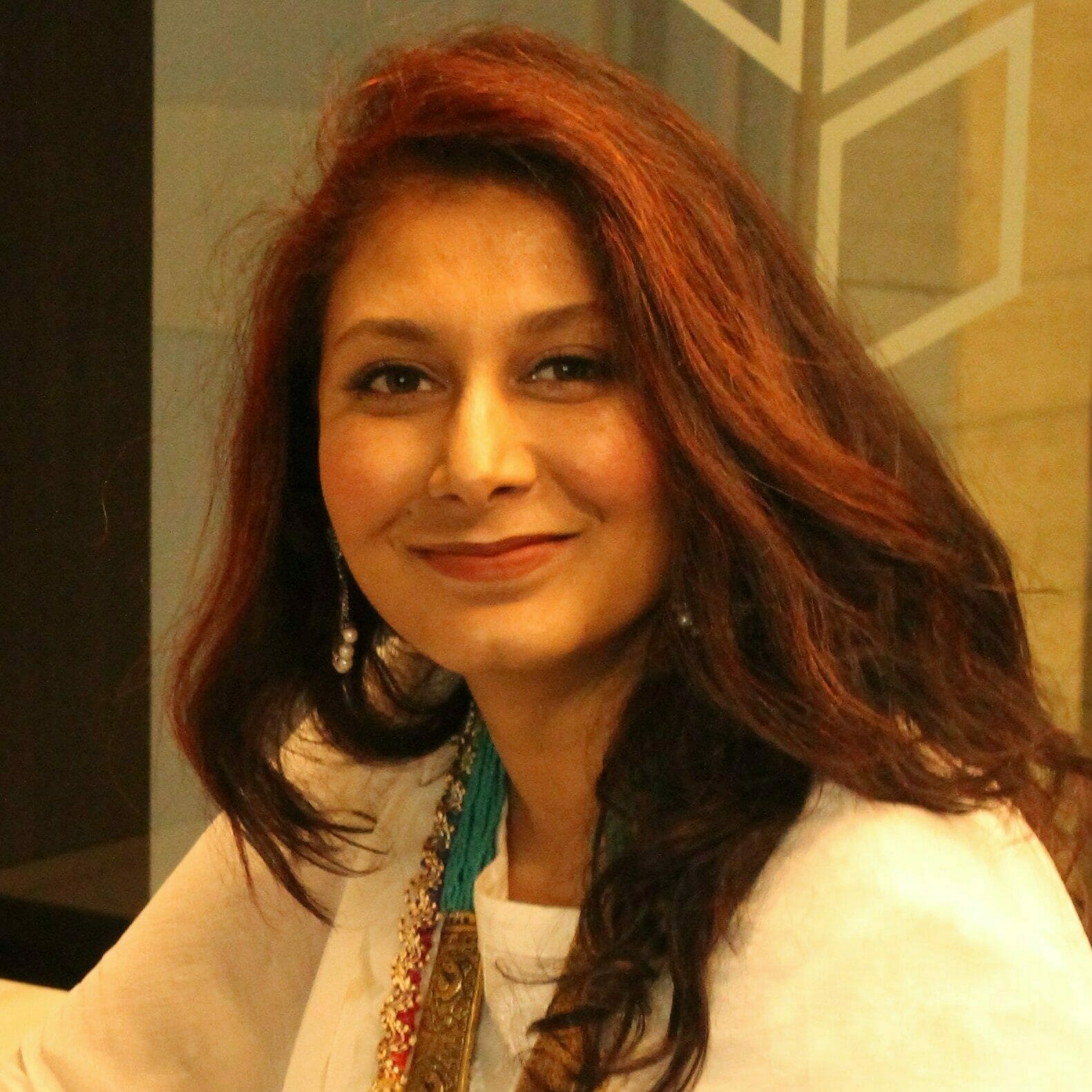